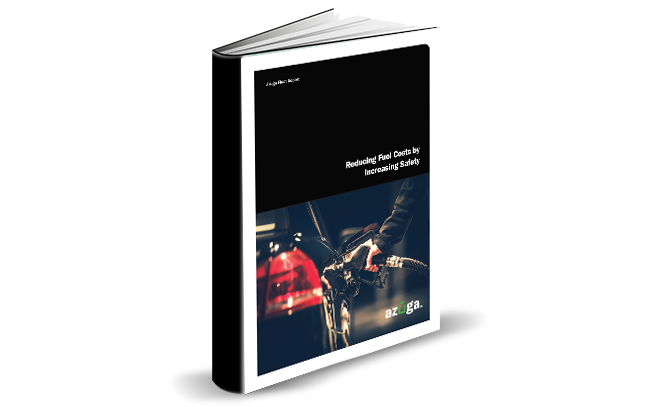 There are many different areas of a fleet that can create efficiencies and reduce cost. From preventative maintenance to dashcams, each opportunity presents itself differently. As we take a look at how fuel consumption can affect a fleet of vehicles, keep in mind that it is a highly variable component. Each vehicle operates with a different fuel economy, and a driver’s behavior, tire pressure, and nearest gas station can all influence fuel consumption. Fuel costs fluctuate depending on environmental, political, and societal factors. When the cost of gas is low, many companies relish in the quick cost savings, but historically, prices go back up to normal levels or even higher. As these situations arise, it is important to consider the numerous ways your organization’s fleet drivers can have an impact on expenses. Whether part of a company-owned fleet or workers’ property where they are reimbursed for miles, the way vehicles are driven has a major impact on fuel consumption. Given the fluctuating cost of fuel, this ultimately plays an important role in business performance and profitability. This report looks at how drivers’ behaviors directly impact operating costs and outlines how to adjust behaviors to reduce expenses. Finally, we review how today’s latest fleet tracking solutions, like Azuga Fleet, can help you identify those behaviors and reduce the impact they can have on your business. 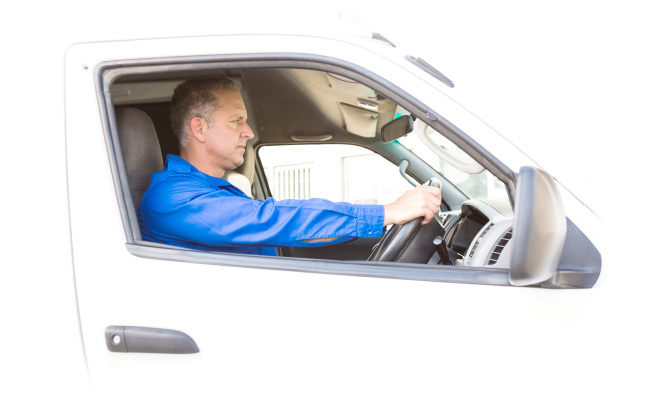 Weaving in and out of lanes, tailgating, blocking and cutting off other cars are just a few of the different kinds of aggressive driving practices. This kind of erratic driving does not take other drivers or cars into consideration on the road. According to AAA Foundation for Traffic Safety, millions of drivers engage in this type of behavior each year. Nearly 104 million drivers have deliberately tailgated, and nearly 49 million have blocked another vehicle from changing lanes.1 Blatant disregard for one’s personal safety and the safety for those around them is a choice.

Not only does this type of behavior increase the risk for collisions, it reduces fuel efficiency. The Department of Energy’s Oak Ridge National Laboratory found that aggressive behavior on the road can reduce gas mileage in light-duty vehicles from 10% to 40% in stop-and-go traffic and roughly 15% to 30% at highway speeds. This can equate to losing about $0.21–$0.85 per gallon.2 Over time, this can also cause maintenance issues, such as increased wear and tear on belts, clutch burn, and reduce a vehicle engine’s lifespan. If an organization has 10 vehicles on the road, losing even 10% efficiency overall is like not having the 10th vehicle at all, resulting in less jobs completed, more wear and tear on other vehicles, and greater risk.

Sudden acceleration and harsh braking are part of aggressive driving but hitting the gas or brake too quickly can create more wear and tear on the vehicle’s engine than necessary. While fuel consumption differences are minimal during this period, consistent sudden acceleration can deteriorate motor mounts, fuel system components, suspension and brakes. When components are stressed the vehicle starts to incur more damage. Maintenance takes the vehicle off the road while being repaired and may create a gap in your service.

Proper start from a stop should take 15 seconds to get to 50 mph, but no more than 30 seconds. As the vehicle moves through the lower gears it becomes more efficient. (It took you about 15 seconds to read to this point in the paragraph.) Alternatively, getting up to speed too slowly can create inefficiencies as well. During stop-and-go traffic, it is best practice to look two cars ahead for more gradual acceleration and braking. Sudden acceleration is an avoidable behavior. Telematics solutions provide alerts, both in-cab and via notifications, to notify the driver and you when an incident has occured. Being more cognizant of driving patterns and behaviors will help break the cycle.

Imagine if you have something in tow behind the truck. The force of suddenly accelerating or abruptly stopping can cause shifts in the trailer and its contents. If something is not secured in place, it could become a projectile and cause serious damage. Coasting, instead of braking, can save significant fuel economies as well. Conversely, hard braking or sudden acceleration could help avoid a collision. Safety is one of the biggest concerns in acceleration and braking instances.

According to the U.S. Department of Energy, every 5 miles per hour in excess of 60 mph has the effect of increasing fuel costs by $0.15–$0.30 per gallon with gas at $2.12 per gallon.2 That represents a significant hike in your fuel costs. In larger vehicles, the impact of speeding is even worse. According to a study completed by Kenworth Cummings, every mile per hour over 55 mph reduces fuel efficiency by 1/10th of a mile per gallon. Vehicles that average 65 mph drop one mpg in fuel efficiency.3 For medium and heavy duty trucks, this adds up to significantly higher fuel consumption.

While the highest fuel efficiency differs based on vehicle make and model, mileage generally suffers above 55 miles per hour. Thankfully vehicle manufacturers have committed to improving fuel economies and we have seen significant improvements in the last 15 years, as shown in the graph.

Leverage the Power of Fleet Telematics to Improve Driver Safety

Speeding was a factor in 26% of all traffic fatalities in 2018, killing 9,378, or an average of over 25 people per day.4 Speeding increases the risk of a crash due to less time and distance available to respond. Also part of aggressive driving, vehicle speed management can be improved through speed alerts, cruise control, and speed governors for heavy duty trucks. Incorporating aggressive driving conversations with your team at safety meetings can reinforce positive habits and cut down on speed-related collisions.

Idling steals more than 17% of your fuel’s energy. In an 8-cylinder passenger vehicle or light truck, every hour of engine idle time burns a little more than half a gallon of gas. For medium and heavy duty trucks, this number is even higher—closer to one gallon. In addition, at idle your engine is operating at a lower temperature, meaning fuel is being burned inefficiently, leaving residue deposits on your plugs and cylinders and further decreasing efficiency by as much as 4-5% over time.

Shutting the vehicle down for any stops longer than one minute can save gas, up to $0.02 per minute. It might sound small, but it will add up over time if the behavior persists and will quickly accumulate the larger fleet you operate. In some situations idling may be what is right for your fleet. Operating heat and A/C in extreme weather, running nonpropulsion objects such as bucket trucks, and lights for emergency vehicles can be reasons to leave a vehicle idling. Each industry and business should have metrics in place to measure these instances. Vehicles at idle get 0 mpg.

The routes your workers take during their work days can add extra costs to your operation. A number of factors can yield poor routing: 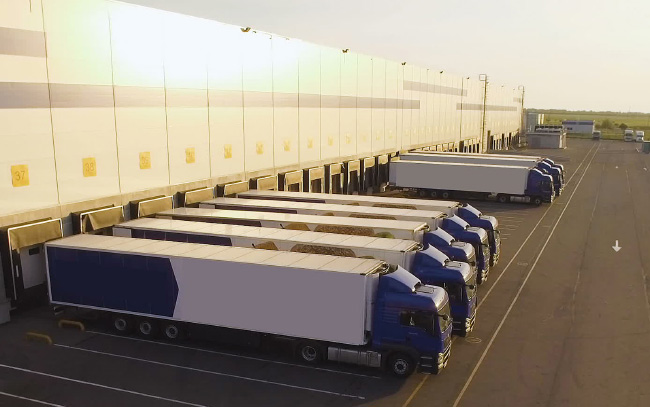 When workers elect to use company vehicles for unauthorized use—whether personal matters or even running side jobs—it increases company risk, vehicle wear and tear, service and fuel costs. For companies that allow workers to drive vehicles home at night, it is important to ensure that the company vehicle does not turn into the worker’s personal vehicle.

Effectively monitoring off-hours movement can greatly reduce the amount of fuel consumed. Setting geographic boundaries, geofences, can create alerts when vehicles leave and enter certain areas. It is the company’s liability when the vehicle is in an accident even during off-hours. When fuel cards are integrated with a telematics solution, a fleet manager can compare the amount miles driven between fill ups to accurately monitor any questionable trips.

Fleet tracking solutions are increasingly used to solve the operational problems associated with vehicle fleets, as they bridge the information gap that exists between operations management and mobile workers. The table below looks at our six problems discussed, along with the information and tools provided through fleet tracking solutions that help you control them and mitigate their impact.

Fleet data management is an integral part of a fleet manager's job. Learn how to harness data towards your fleet's productivity.

Fleet management analytics can help with the productivity and efficiency of any fleet business. Find out how to get started today!

Ready to
Get Started?

GPS Fleet Management Software that is simple to use, affordable, customizable and easy to install.