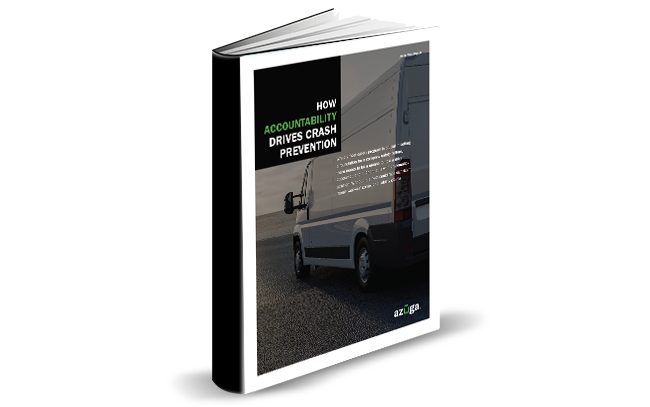 While a fleet safety program is crucial in setting a foundation for a company safety culture, there needs to be a means to hold a driver accountable to it.

While a fleet safety program is crucial in setting a foundation for a company safety culture, there needs to be a means to hold a driver accountable to it. And that is with a telematics solution. Without it, a fleet could face significant repair, workers’ comp, and liability claims.

A February 2019 report from the NSC reported that in 2018, vehicle fatalities were over 40,000 for the third year in a row. Seven states — Florida, Hawaii, Minnesota, Nevada, New Hampshire, Oregon, and Pennsylvania — plus Washington, D.C., saw at least a 5.8% increase in fatalities.

Further, more than 6,000 people are injured every year as a result of vehicles backing up. Roughly 2,400 of those injured are children, according to the National Highway Traffic Safety Administration (NHTSA). While the trend in road fatalities over the last few years indicates a plateau in the rate of fatalities, initiatives to improve road safety have not dwindled, especially among fleets. As drivers are the ones in direct control over the vehicle, they are at the forefront of keeping roads, vehicles, and people safe. This is why fleet safety policies need to focus specifically on driving behavior to cut crash rates.

Accidents can be caused by a variety of situations and factors. Aggressive driving such as tailgating, speeding, weaving in and out of traffic, and changing lanes without signaling can increase the chances of a driver being involved in a crash.

Similarly, distracted driving, such as talking on the phone, texting, or eating, can lead to a collision. The NSC estimates that 26% of all car crashes involve cell phones. However, the 26% statistic is most likely an under-estimate, as tracking cell-phone usage while driving is difficult to do.

Today’s drivers are equally distracted by various smartphone apps, such as navigation apps, while behind the wheel. Worse, to better reference a navigation app, for example, many individuals hold their smartphones while driving. This divides their attention between the device and the road, in addition to having only one hand on the steering wheel. It can be a lethal combination.

The problem of distracted driving promises to become more prevalent in future years as the next generation of employees who grew up texting join the ranks of company drivers.

The annual accident rate for commercial fleets is around 20%; some industries, such as pharmaceuticals, have even higher rates.

One explanation for the high accident rate among fleet drivers is due to the number of miles they drive per year. Typically, non-fleet drivers in the U.S. travel 12,000 to 15,000 miles annually. Each year, a non-fleet driver has a one in 15 chance of being involved in a vehicle collision.

On the other hand, most fleet drivers travel 20,000 to 25,000 miles or more each year, thus raising the chances of being involved in an accident.

After trending higher for two straight years, traffic deaths in the U.S. decreased slightly in 2017, according to a report by the NSC. In 2015 and 2016, vehicle crash fatalities rose in the U.S., despite the proliferation of vehicle safety technology. The suspected culprits for the increase in fatalities were distracted driving and higher speed limits. In 2017, there were an estimated 40,100 motor vehicle deaths, which was a drop of just 1% from the prior year.

When it comes to the bottom line, fleet vehicle crashes are among the most expensive injury claims for business.

The average cost of a loss related to fleet vehicle accidents is around $70,000, which is almost twice the cost of the average workplace injury claim.

Leverage the Power of Fleet Telematics to Improve Driver Safety

Safety Program As A First Step

A fleet safety program provides the framework to create a culture of accountability. In order for a safety program to be successful, it must be a top-down and bottom-up effort.

Fundamentally, a fleet safety program should include the following four elements:

However, creating a safety program isn’t a one-stop solution. As with other elements in life, a balance between safety and productivity in a fleet operation is important. A solid foundation designed to achieve balance will help keep both fleet managers and drivers accountable.

Worker productivity also plays a significant role in a fleet’s operation. Actions such as adding more stops on a route or taking on additional tasks, might make a schedule that is more appealing to upper management,

but it could overburden drivers, increasing miles driven or fatigue. If management inadvertently has drivers make sacrifices in the safety department in an attempt to increase the bottom line, the end may not justify the means.

While employers or management might set unrealistic goals for their drivers, the drivers themselves must factor in and take charge of their daily schedules. Properly structured scheduling, which can be done by way of route planning, including fewer miles and better ordering of stops, should help eliminate these issues. 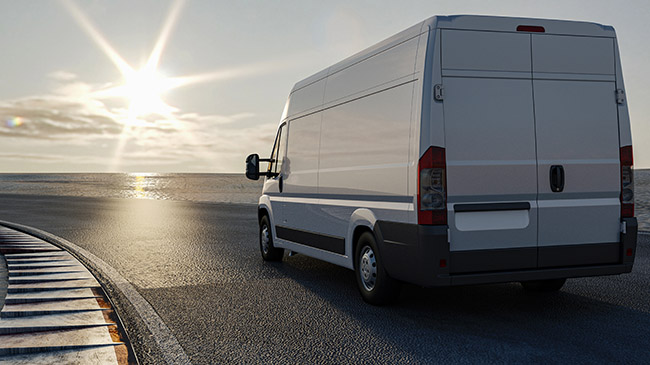 While a fleet safety program is crucial in setting a foundation for a company safety culture, there needs to be a means to hold a driver accountable to it.

More than ever, fleets can turn to technology to improve the safety of their own drivers — and yield improvements for their fleets, too.

Technology is helping fleets focus more on safety and develop actionable plans based on real data specific to their operations. Specifically, telematics provides the kind of accountability fleets need to keep drivers and the public safe and costs low.

Prior to the advent of telematics, it was difficult to hold drivers accountable for their actions on the road or to the fleet safety policy.

Investment in a quality telematics system is critical in this day and age. The proliferation of telematics solutions among fleets has been rising and will continue its upward trajectory as the technology grows and develops in terms of what it offers fleets.

According to a 2019 study from C.J. Driscoll & Associates, over the last decade the North American commercial telematics market grew from approximately 2 million units in service to 6.4 million units.

Typically, data related to safe driving practices are consolidated into a driver scorecard, which tallies scores for specific driving practices, then totals them for an overall driver rating.

With this data, fleet managers can engage drivers with coaching sessions via gamification — where fleets host safe driving competitions and reward drivers for their safe driving records. Competitions can be organized in several different ways, and rewards can vary based on what motivates drivers — cash, gift cards, etc.

During these contests, it’s essential to include all drivers.

Fleet managers can also come up with creative approaches to gamification. For instance, try creating a Hall of Fame that will publicly display a monthly report on fleet driver safety improvements.

Another idea is to group drivers into teams that compete to have the fewest alerts each month, which helps drivers hold each other accountable.

Further, many telematics providers offer drivers apps that can be used to track their progress. When drivers are actively engaged, fleets will see real results, fast.

Having a safety program is the crucial foundation for keeping drivers safe and the company productive and profitable. But a safety program is only as good as drivers are accountable to it. Through the use of technology, such as telematics, fleets now have the ability to have near real-time insights into how their drivers are performing — and reward the best of the best drivers and coach those who don’t quite measure up.

But the bottom line is that having an accountable driver is having a safe and productive driver — and while it begins with a safety policy — it only can be enforced with a telematics solution.

Fleet data management is an integral part of a fleet manager's job. Learn how to harness data towards your fleet's productivity.

Fleet management analytics can help with the productivity and efficiency of any fleet business. Find out how to get started today!

Ready to
Get Started?

GPS Fleet Management Software that is simple to use, affordable, customizable and easy to install.